The four components of real teams 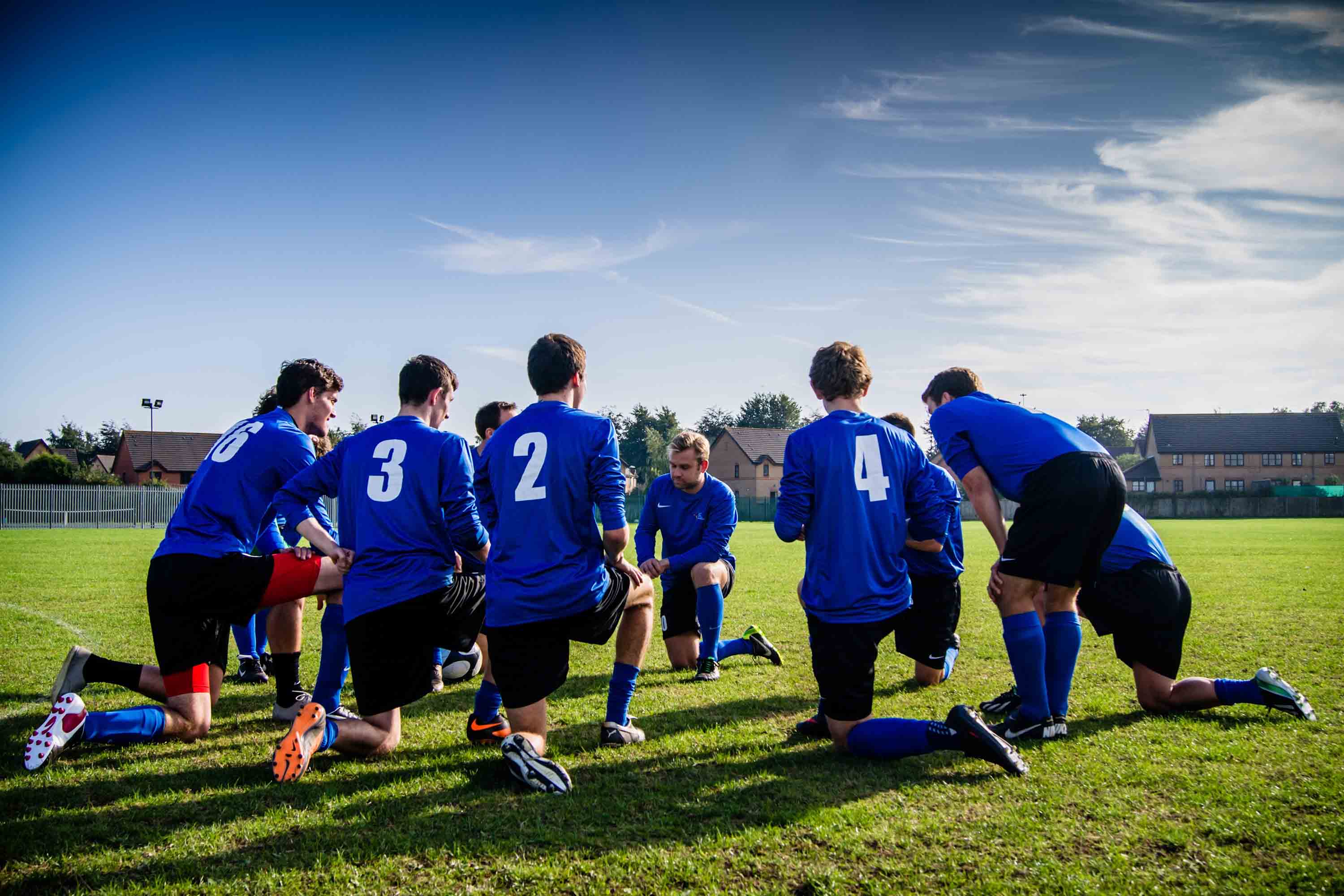 Working with organisations trying to motivate and level-up their teams, I would often ask the all important question: “Are you a group or are you a team?” I’m often met with a question in return: “What do you mean?” or “What’s the difference?”

The difference could not be more profound. A group of talented individuals, who are not really a team, will never perform as well, in the long run, as less talented individuals functioning as a team. A good example of this would be national football teams. The logic in assembling national teams is often that if we pick the best players from all the clubs, and put them together, their collective skill will add up to something. Of course, this is often not the case. The players are unused to working together. In fact, they have been actively competing with one another at every other juncture in their careers; so, they don’t gel as a unit, they don’t cooperate, they don’t have rapport and that kind of near-telepathic connection that well-functioning football teams exhibit (where one player makes a pass and another player moves into an unusual space on the pitch to perfectly intercept the pass, almost as if reading the mind of the other).

Looking at an example of a good team, we need only turn to the Gospels. Whether you are religious or accept the spiritual dimension to these manuscripts, it remains evident from a historical perspective that the Apostles must have been an incredible team, and Christ an incredible leader. In fact, so incredible was Christ’s leadership, that he was able to be absent! He created a vision for what he wanted, he conveyed that vision and mission to his team of twelve, and then those twelve delivered – spreading the message of Christianity to the whole world, even converting the Roman Empire from paganism, which was difficult indeed! Christ, notably, had already ‘ascended’ by this point, and was no longer in the picture. He left the Apostles to their mission, and trusted them to deliver, using their own resourcefulness and creativity (and his teachings) to overcome any obstacles. Think about how this contrasts sharply with how most managers go about their team-leadership: micro-managing, constantly checking in for updates, stressing over the fine-details and the ‘hows’. It’s clear from this example that leaders need to trust their team, if they are to effectively deliver.

However, looking at examples is one thing, but we need to break down the mechanics of how teams (versus groups) actually work. In my book Mapping Motivation for Leadership, co-authored with Jane Thomas, we outline four key components of a real team, and how these can be used by leaders for effective team-building. The four components are as follows:

1) Have a clear mission or remit

We already have a good example of this in Christ. But if that is slightly too religious, we might look at the team behind the moon landing. John F. Kennedy said imperatively that they had to put a man on the moon, even though they “didn’t know how to do it yet”. The vision was absolutely crystal clear. This galvanised virtually an entire nation to solving the problem of successfully putting a human being on the moon.

The flipside to having a clear mission or remit is of course ‘No clear mission, but job titles’. When people have what they believe to be an individually determined ‘role’, such as the ‘team manager’, or ‘sales rep’, then it directs them to act as individuals in pursuit of their individual goals. I’m not saying, of course, that we shouldn’t have job titles, but rather job titles should be superseded by something more powerful: a vision and objective.

There is a famous story about when President John F. Kennedy came to visit NASA. He met a janitor, sweeping the floor. The President cordially introduced himself and asked the janitor what he was doing. The janitor said: “I’m helping to put a man on the moon.” The janitor had such a clear sense of purpose, was so connected to the mission, that he knew even sweeping the floors was incredibly important to helping the astronauts, data analysts, scientists, and engineers do their thing.

We mentioned earlier the way that good football players, working as a team, can almost predict each others’ behaviours and act accordingly. They operate as an entity with many limbs rather than a group of separate entities. Great strikers – who play up front – don’t hunt for glory, going out on their own, but know they are reliant on the positioning and tactics of their fellow team mates to get them the ball, and to create the openings, that will allow them to score.

Many people resist interdependency and it is easy to see why. There is nothing worse than a feeling of powerlessness arising from bureaucracy. For example, you cannot do x until y person or department has “approved” it. However, there is a difference between bureaucracy and “process” without purpose, and learning how to rely and work with those around you.

3) Believe in the efficacy of teamwork

Belief is important in anything we do. But, when creating a team, every member of that team has to believe in the purpose and effectiveness of the team. If secretly one member of the team is harbouring doubts, thinking: “Well, I don’t want to be with these people, I’m better at x or y than them” this can create serious problems down the line. One need only turn again to the example of the Apostles and Jesus for a case-in-point. Judas harboured doubts about Jesus and his team-mates for all kinds of reasons.

One of the most notable examples of Judas expressing this doubt is during the Last Supper. Jesus is about to be lathered with perfume. Judas accosts Jesus saying: “Why wasn’t this perfume sold and the money given to the poor? It was worth a year’s wages” (John 12:5). He calls into question Jesus’ morality. If Jesus is prepared to have rich and expensive perfume lathered on him, is he really the person they thought he is? The important thing to bear in mind in relation to our topic is that it only takes one dissolute team-member to undermine the entire operation. Every person must wholly believe in the purpose and power of the team.

True teams support their members. If a striker misses a goal-shot, they should be able to accept that they have squandered an opportunity, but equally, should not be blamed by their team-mates for doing so. Their own sense of responsibility is, most likely, punishing enough! Great teams help each other learn from these mistakes, of course, and develop new strategies to overcome obstacles and challenges.

UP
We use cookies on our website to give you the most relevant experience by remembering your preferences and repeat visits. By clicking “Accept”, you consent to the use of ALL the cookies.
Cookie settingsACCEPT
Manage consent

This website uses cookies to improve your experience while you navigate through the website. Out of these, the cookies that are categorized as necessary are stored on your browser as they are essential for the working of basic functionalities of the website. We also use third-party cookies that help us analyze and understand how you use this website. These cookies will be stored in your browser only with your consent. You also have the option to opt-out of these cookies. But opting out of some of these cookies may affect your browsing experience.
Necessary Always Enabled

Performance cookies are used to understand and analyze the key performance indexes of the website which helps in delivering a better user experience for the visitors.

Analytical cookies are used to understand how visitors interact with the website. These cookies help provide information on metrics the number of visitors, bounce rate, traffic source, etc.

Advertisement cookies are used to provide visitors with relevant ads and marketing campaigns. These cookies track visitors across websites and collect information to provide customized ads.

Other uncategorized cookies are those that are being analyzed and have not been classified into a category as yet.